Fantasy Indie Game Made By One Person

Unleash your inner wizard in the magical land of Adora as the wizard named Vector.
Tales of Adora is a short, simple, fun, fantasy first person indie game that offers
2 different endings to the story. A deep story told short, with lots of room for lore speculation…

Tales of Adora – The Wizard 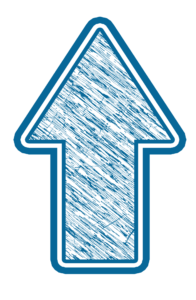 How to install 3 steps

1 Download the game by following the download link to itch.io (popular game sharing site)
2 Simply unzip/extract the game when it has been downloaded by rightclicking on the folder. You can also use winrar to open the zip file by using the “Wizard” function.
3 Play the game by opening the .exe file.

The game is made for PC, Mac and Linux users. To run this game smoothly you will need a decent computer that is up to date!

Make sure to close apps while playing. Run the game in high priority and run the game as administrator.
For laptop users it can really help change the power settings to high performance. Make sure your graphic card has the latest update. We recommend using the program Razer Cortex. It is a popular program that is simple to use. Razer Cortex increases the game performance by releasing ram on the pc. Razer Cortex

If you liked the game – Please consider supporting me here:
Support and donate

Short about this indie game

It is possible to finish the game within an hour.
This is a first person shooter style game, but with magic spells.
The game is designed to have no save function.
The game is finished, but new versions with bug fixes might be released later on, so please let me know if you find any bugs. Check what has been changed to the game: Updates

Short about the game story

A charming, simple story in the land of Adora – a highly magical fantasy world, where wizards live alongside dwarfs and other races and creatures. Want to know more about the game lore? Adora Wiki

The game is passionately made by one person –
The first game Simon has worked on and created.

Simon Boye Dalhøj Johansen: I wanted to give the player a feeling of being a wizard in the land of Adora.
However my skills in video game development are limited… since this is the first game I have ever made.
I knew that I had to go for something simple – The setting is a vast world where you play a big story told very simple. I really hope you will enjoy this journey.

I started making this game with zero experience in game design and I had never coded anything before… I only had a huge passion for telling a story.
The journey of making this game has for me been surreal and magical. The game is far from perfect, but I have made it with a deep passion and I deeply hope you will give it a decent chance.
My attempt with this game was to make an impact on the player, and to create some great moments.
My hope is that the game will make you speculate about the story which there is plenty of room for – I am happy that I got all the elements in the game that I felt was needed to give it the feel I wanted to create.
I have always enjoyed classic fairy tales where even thought they might seem simple there are tons of depths to it, and this is an element that I really worked hard to implement into the game.

I spent a lot of time on creating the soundtrack. It was important to me that the game both had a charming yet dark undertone and also epic feel to it. Listen to the Soundtrack from the game – Tales of Adora – The Wizard soundtrack